The gold bead implant for seizures works by keeping the bodies electrical energy flowing smoothly through the brain especially, but also in the spinal cord.

The thai ami c area of the brain is the main area where the electrical impulses become blocked. This blockage will eventually cause the animal to have seizures. By doing the gold bead implant in the head area and along the spinal cord we are able to prevent the electrical blockages from occurring and causing the seizures. In clustering seizures, the dog usually needs to be on medication before doing the gold bead implant. Once the seizures are under control, the dog is medication free or on a reduced level of medicine. 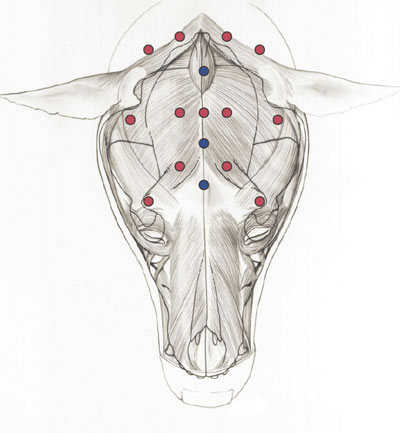 This first picture shows the most common areas of the head that we implant the gold beads to treat epileptic seizures. The blue dots are related to the thalamus area of the brain. This area plays an important part in cluster seizures. 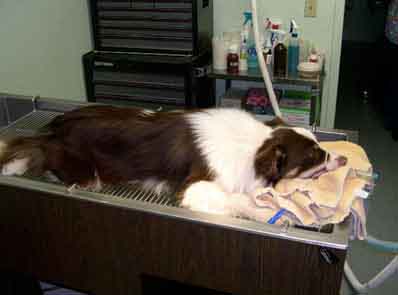 This is a cluster seizure dog prior to prep for surgery. 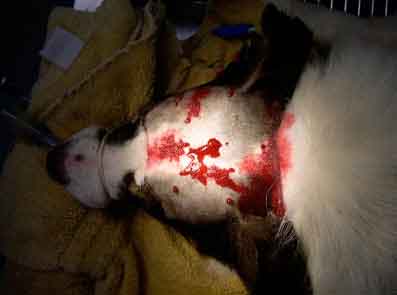 This picture show the head acupuncture point implanted with gold beads for seizures. The areas that shows the most blood are the areas of the brain that the seizures is originating from. 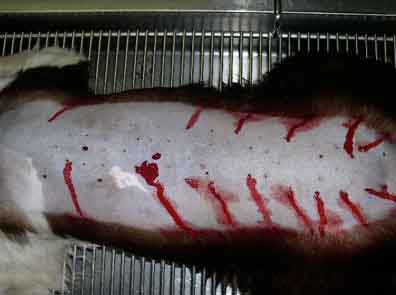 The next picture shows the nerve points along the back that are implanted with gold beads. The bloody areas are more related to the seizures.